While I am aware the designers had 2mm scale in mind when they were designing the big battle ancients game Strength and Honour.  We got  our   under used 15mm ancient armies out.  Giving them a dust off. They work really well. On my second outing of this ruleset down at the Central London Wargames Club. Dave was good enough to hold my hand all the way through the mechanisms.

Tonight it was Romans verses Partians. I opted for the Romans on the bases I couldn't find Patria even if I wanted to, and I kind of know how Romans work. 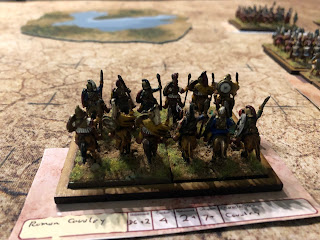 As is most important in ancients games I gave a little thought to the deployment before hand. Previously, when playing ancients I'd necessarily get this wrong, this would result in instant and catastrophic defeat during my foray in to Fields of Glory a number of years ago. This time it was different, more by luck than judgment if I'm honest. Although I did double check  where I to start my deployment. 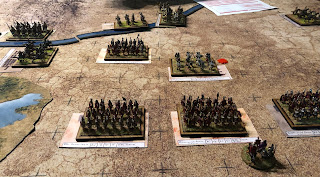 Once deployed neatly in checker board legions I let loose with the cavalry on the flanks swooping deep into the flanks an drawing the Parthians out to cover their flanks. 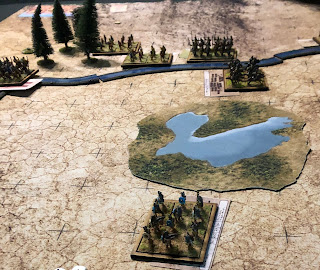 To be fair I did benefit for the struggles Dave had trying to cross the river bisected the table. While I confidently wedged my Legions betweena lake and some fields to protect their flanks. 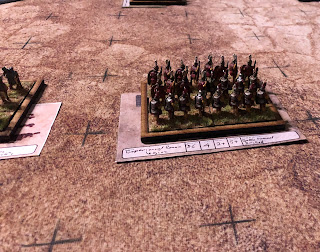 I was delighted to see that my probing the flanks was working and I did benefit from so good dice roles, while Dave suffered so 'reversals of fortune' at key times. This is the mechanism, which  following a failed manoeuvre role  the initiative shifts back to the other player. 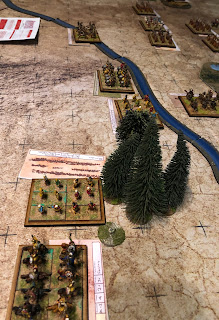 The skirmishers on the left flank was rolled up efficiently once my cavalry got around the woods and caused them to come out in to the open to protect the rear. 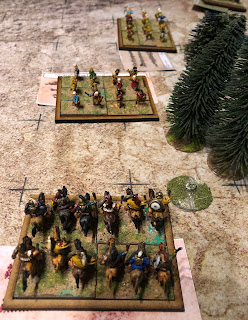 But the real success was  to catch a unit of Dave's Cataphracts between my Roman Cavalry and a Legion causing them to ping back and forth until the broke and fled. 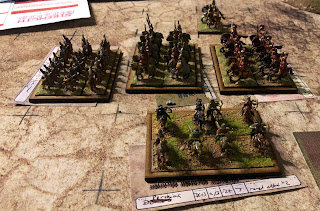 The last act was concluded when, the right, a combination of Legion and Skirmishing flank attacks drove the second unit of Cataphracts from the table.

I am sure we'll try some more of the Strength and Honour malarky.