Well here is my completed Chasseur à pied. He is depicted  has the  Jon Smith Modellbau instructions suggest waiting an early version  of the horizon blue greatcoat.  I did contemplate  painting it French blue as per the early pattern greatcoat. In the end I opted to go with the horizon blue option because it offers a contract to the kepi. 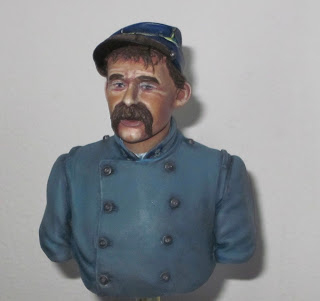 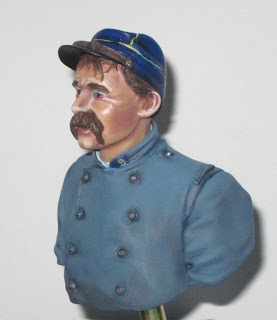 The horizon blue was mixed in with grey, black, French blue and Prussian blue was mixed in varying amounts to represent dirt and grime engrained into the greatcoat.  The buttons  where painted  in U.S. grey and then high-lighted with pencil lead.  I feel the general look of the uniform is a bit too Confederate grey. I will come back to it later see if it blue is glaze would help it. 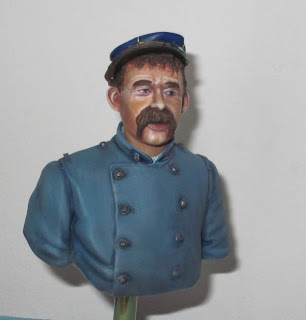 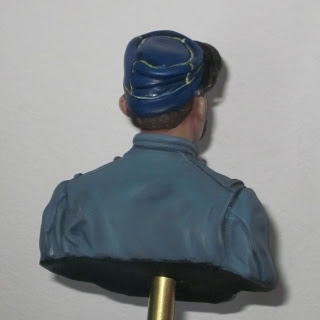 The kepi got the French blue treatment with shadow layered with a  touch of black. the piping was  painted with lemon yellow and then highland with pale sand with a touch of sand mixed in. Lots of patience and a fine rigger brush.  Knowing when to stop was a key in painting the piping. 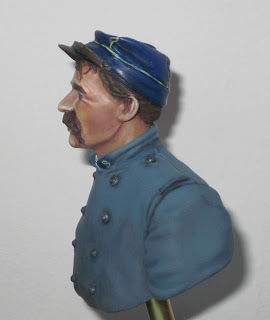 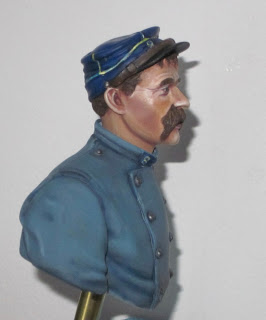 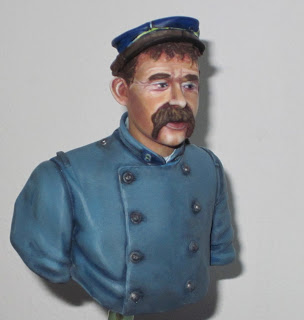 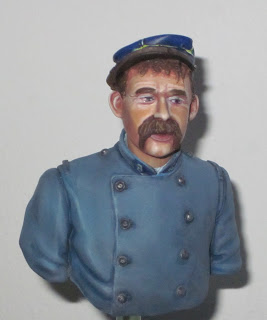 Thanks for taking the time to look at this post I do hope you like the almost finished result. Please feel free to add your comments below.